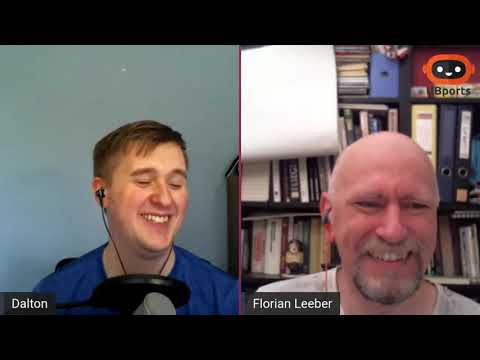 Looking for the Audio-only version

of the Q&A?  You're just one big orange

Get the Audio Version

This time Florian and Dalton presented.

A cool new app in the OpenStore is a native Reddit client app for UT, called Quickddit. It works very nicely and is recommended for all Reddit users out there.

Florian has updated Teleports in a big way, with lots of bug remedies but so far excluding the draft fault, which will cause conversations to wipe if you leave them hanging and visit another page. Finish your drafts!  The PinePhone keyboard now works in Teleports. Tlib 1.6 from Telegram is the basis for the new version. It contains support for a variety of different features but that doesn’t mean that all of them have been implemented in the UT client yet. Animated stickers could arrive, for example. Underscore and strike-through are now supported in Tdlib but are not yet in teleports.Teleports 1.0 is not very far off now.

Florian has been working on a port for the Nexus 6P from Huawei for about a year and it is in a pretty good state. The only issue is that it is big and heavy. It has a good camera , still minus some functions. The GPS is the fastest on any UT device.  It takes about 30 seconds to get a fix.

Moving the old core devices to Halium 7.1 build is in the works and progressing well.

We now have about 40 devices listed on the devices page. That is way more options than in the past.
PinePhone
The Pinephone is again on sale, this time in the Postmarket OS version. Actually there are two models now, a more expensive one having 3GB of RAM and more storage. A very interesting feature of that model (not the cheaper one!) is that it ships with a dongle providing HDMI output and USB.
We encourage those who don’t have one yet to buy the Postmarket version. The basic device is physically the same so you can stay with Postmarket or switch to UT. We are not trying to poach users from other operating systems using the Pinephone. We are all in one boat, challenging iOS and Android and helping each other.

A shipping update has been posted for the Pinetab (which is in effect a Pinephone minus LTE in a larger case) It will ship around the third week in August.

GPS support is getting there for the Pinephone and Rachanan is working on gstreamer for it. VOLTE is working on the Pinephone in other distros but not in UT. Ofono needs modification to get that but we do at least have documentation from other teams, which will provide some of the answers as to how to achieve that.

UBports web and call for a bug triage

Kaizen has been running several projects aimed at boosting our community. One of the strands is about clarifying the branding to distinguish properly between the UBports Foundation and the operating system known as Ubuntu Touch. Those have tended to be jumbled together. We need greater clarity about how we present our aims. He is rebuilding the UT website as a hub for all things UT related. There will be a separate Foundation website which will speak primarily to manufacturers, technologists and those looking to sponsor or donate.

If you are not a developer but want to do stuff to help us there are many different ways you can get involved. We need people who can write clear idiomatic English and put ideas across in an accessible way. Also much needed are web developers with skills in Bootstrap or Vanilla website development. Contact us or contact Kaizen to volunteer your skills.

Although it is not directly in Kaizen’s remit, a reminder of the importance of bug triage. We have around 600 bugs outstanding at any time, some of them going back to 2017. Some are unconfirmed, duplicates or filed under the wrong heading. Even the smallest amount of help – picking three or four and checking them when you can – will make an immense difference. The more the mess, the slower overall progress will be. We are already working on a much improved QA system . Jan is developing an interactive module that will be much more systematic and will schedule tests in a phased way. Expect the launch later this year.

The News section of our Forum is the best place to post questions for the Q&A. YouTube live chat, Telegram and Matrix are other places to post a question.

If you didn't know, the Forum questions get priority.

domubpkm  lamented that there are no notifications LEDs  on Volla phone and asked if there is any workaround? Although not implemented, a possible option would be to have the whole screen light up when you have a notification, then go dark again. Motion, noise etc works on Android to wake the screen on newer phones. With time we could perhaps do something similar with UT?

It was asked whether the Volla will only be available in the USA? Actually, Volla is based in Germany. It will be distributed in other places but not in every country. It has not been tested yet on US networks but will be soon. The intention is that it should work there.

What will happen after OTA-13

Systemd, Wayland etc figure in our aims. What is the news on those? After OTA13, we will be getting them onto other platforms such as Debian and Arch. That will inevitably expose our older software to issues which we have not spotted when running on UT alone. The process of resolving those issues will of course help to build greater stability into UT and head off problems before they occur. That doesn’t amount to full 20.04 implementation but each step lays the basis for that. For example, the progress on building debs. The upgrade of Qt 5.9 to 5.12 will bring us level with the Qt version used in 20.04. As with all uncharted development, some things will surprise us by moving much more easily than we expect. Other things will disappoint by being much more problematic. Hence no firm timeatbles...

Could Mobian OS for example run Click apps eventually? Or will we move away from Clicks? Well, using UT apps on other platforms will certainly happen. That will not happen in Click packaging but it would be wrong to see it as a ‘packaging’ issue. The content itself is far more important. The hooks are very specific to our OS and do not translate. For example, with permissions we take a completely different approach. Our Click apps are designed to address Apparmor (sandboxing) issues. To build cross-platform we would need to cater for their specifics. What must remain is our secure architecture. Chunks of code from our apps could be repurposed but some parts would have to be adapted for a different OS. Packaging is a somewhat separate issue and there are lots of different ideas and views about that. One potential difficulty, involving bloat and security might be the bundling of dependencies with each app.

What are Dalton and Florian most excited about in this round of development?

Well for Florian the Qt update absolutely stands out. For Dalton the management headache of masses of different strands dominates. The tracker will be updated shortly before the  OTA13 update is released. Basically, it will include things that are ready - because they are ready.

Greetings from bastpt, a community follower in India. Their question was about the screen real estate taken up by the launcher and whether it could be hidden from view most of the time? Dalton responded that the question seemed to be based on a misunderstanding. Although the launcher cannot be dismissed from the ‘Home’ screen, it is dismissed automatically when any app is launched. It doesn't get in the way because it is only seen when nothing is happening. Some way of making it disappear would be possible but what we cannot accept is newbies not seeing the launcher and not knowing how to find it.

Is Reactnative an option for UT?

Not directly, no but UT does provide for webapp containers so you could run it in that because it is basically an HTML5 app. Cordova was nice while it lasted...

Thatgeoguy is new. He asked whether we will ever see Clickable for ARM64 desktop machines? Clickable desktop does not work on those yet but could be adapted if those guys want to assist us?

What expectations are there for Wayland on UT – does it mean a big speed boost?  The answer is not really, in terms of Wayland itself. The modifications needed to make Wayland work do introduce speed benefits though. There has been some confusion about acceleration in UT. Just to be clear, all UT devices already benefit from gpu acceleration for apps, courtesy of OpenGLS. We have pointed out that we do not have video playback acceleration on Pinephone. That has caused confusion and suggested that the Pinephone has no acceleration full stop.

It was misleading information anyway, as the decoder is the issue for video on the Pinephone, not acceleration…

Devs should not have to worry about Wayland at all. Because it is different architecture, we will be looking with great interest for any bug which affects the Pinephone but no other device. Those will flag up essential issues.associated with the build.

Just to emphasis again, ff debs are not written specifically for UT they will either not run or run badly. Including the entire gtk and libhandy in your build might solve a lot of the problems but is that desirable?